To embrace the future of work, companies need technology that mimics how their organizations are structured and how their workers relate to one another.

Today’s work relationships, for example, are complex and fluid. Using highly structured relational databases, which organize data hierarchically in rows and columns to represent these relationships, no longer makes sense.

Instead, we need adaptable technology that models data based on contextual relationships. Enter graph databases, a revolutionary technology that Gartner predicts will grow 100% per year over the next couple of years.

Graph databases may now be leveraged by giants like Google and Amazon, but they weren’t always popular. In fact, their popularity grew with the rise of social media.

Consider the complex relationships between people, places and things stored in social networks like Facebook or LinkedIn. Organizing these relationships based on hierarchies is problematic, as it doesn’t align with the world’s natural order. That not only leads to inaccurate data models, but also dramatically increases the amount of effort it takes for a program to locate any given object.

Let me explain: Say you’re searching a social network for the CEO of Company X. When a software program searching a graph database reaches Company X, it finds the CEO right away. After all, the CEO works at Company X — they are directly related.

Putting People First To Rebuild A Stronger Economy: A Conversation With Ochsner Health
When a software program searching a relational database reaches Company X, on the other hand, it finds a hierarchy of people, divided into teams, which it must scan to locate the CEO. Teams are further divided into types of teams. The CEO is located on the executive leadership team, which sits within the broader leadership team. It’s not until the program finally reaches Company X’s team of executives that it locates the CEO.

In response to this challenge, Facebook’s engineering team developed a proprietary database that they called The Associations and Objects (TAO). This innovative technology allowed them to model the multifaceted relationships between people, places and things based on context instead of hierarchies. In other words, they no longer had to follow long data chains to retrieve specific information, which significantly increased the speed at which content was presented to users.

Given the complexity of human relationships, graph databases are much better suited to modeling the way companies operate than their predecessors were. The thing is, work is now done in teams, not hierarchies. In fact, 64% of workers now belong to more than one team, according to our company’s 2019 Global Study of Engagement report. And while hierarchical teams continue to exist, cross-functional, dynamic teams focused on achieving specific goals are more prevalent than ever.

In addition, today’s workers often have multiple roles within an organization, and their relationships aren’t limited to those they have with their supervisor and/or direct reports. Companies thus need technology that models these structures and relationships, empowering them to embrace cutting-edge business models built for the future of work.

A graph database can help empower companies to leverage both traditional and alternative workers (i.e., full- and part-time employees, temporary contractors, gig workers, and freelancers) across multiple teams (both functional and cross-functional) within the organizational model that best suits them, including one based on hierarchies, teams or projects.

So when should organizations consider a graph database? In our experience, we have found graph databases to be very useful when the datasets are associative in nature, as they avoid the often-expensive join operations that a traditional relational database will have to undergo. This nondependency on join operations helps them scale better, especially when dealing with growing datasets with an evolving data schema. While there are multiple vendors out there in the market, our company uses AWS Neptune for our managed graph database needs to conform to our overarching approach of going cloud-native.

Embracing The Future of Work

Innovative leaders at companies across the globe are already reimagining work with an eye to the future. HR technology powered by graph databases can empower these organizations to achieve their visions, enhancing performance and productivity along the way.

Based on what we’ve seen so far, it pays off: Deloitte’s 2019 Human Capital Trends (page 54) report found that over half of surveyed companies that make the shift to a team-based organizational model see significant improvements in performance. Moreover, because technology that leverages graph databases to represent a company’s workforce is more aligned with reality, the insights derived provide more accurate and actionable learnings, which is equally important to succeeding in the future of work. 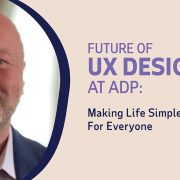 Future of UX Design at ADP: Making Life Simpler for Everyone 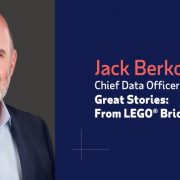 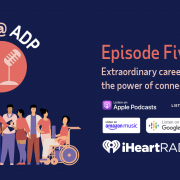