I was fortunate enough to find a path into programming via the immersive bootcamp, Hack Reactor, which opened me up to a fulfilling career at Lifion, by ADP. I have experienced firsthand the benefits of having balanced representation, and have also seen opportunities where a diverse team would bring more value. Most tech companies face the challenge of finding new ways to approach true inclusivity despite corporate Business Resource Groups, training, and continued discussion around the subject.
Image for post
Lifion, by ADP Software Engineers, Jenny Eckstein and Samantha Ortiz, at WECode 2019
WECode 2019
I had the opportunity to attend the Women Engineers Code (WECode) 2019 Conference at Harvard this February, which brought together hundreds of female engineers with leaders in the tech sector. WECode’s goal is to leave attendees with a broadened awareness of new areas within tech, a greater understanding of social impact, and the confidence to influence the communities we are a part of.
Opening the Door
Throughout the keynotes, panels, and talks, there was a common thread of addressing diversity and inclusion, whether within the workplace, the classroom, or beyond. Dara Treseder, CMO of Carbon and previously CMO of GE Ventures and GE Business Innovations, delivered a keynote that walked us through the path to her success. Along her journey, she was blessed with female mentors that lifted her up. Yet, she made a point that although there may be a woman in the room, it does not mean that she will open the door for other women. Although it is an unfortunate, defensive instinct, it does not always stem from a place of malice… it comes from a place of fear. A place that senses the ingrained disparity between female and male representation in the industry, which drives an innate reaction for women to maintain their position and voice. Dara encouraged us to be aware of this, and inspired us to always open the door for fellow women, as it will not drown out our voice; it will drive forward our success, power, and diversity in the workplace.
Image for post
Photo by NESA by Makers on Unsplash
Finding the Power Within
A particularly enlightening group of panelists shared how they are able to tackle inclusivity and encourage diversity in their everyday roles. Tiana Davis Kara, Executive Director of Built By Girls, addressed the challenge many women face of who to look up to as they maneuver through their career within the tech industry. Her illuminating perspective flipped this idea on its head, insisting that WE are the ones we have been waiting for. We are the individuals the tech industry wants to step in; as women and minorities, we need to become our own role models. Often, women experience a sense of inadequacy. Tiana encouraged us to channel into our own successes, whether that means giving yourself a pat on the back, or even keeping a book of pride outlining your own achievements to look back on when your confidence isn’t quite there.
Handing Back the Mic
Tiana also shared her approach of “handing back the mic” when we feel a marginalized member of our community has been overlooked. For instance, if we witness someone brazenly interrupted, we should make a concerted effort to give their voice back to them. An effective way to practice this can be along the lines of stating, “Sally, you were saying something?” after the interrupter completes their thought. Being aware of these situations and giving a voice back to people that have it stolen or ignored is a key component to addressing commonplace destructive behaviors in our everyday lives. Kwame Henderson, Product Manager at Tumblr, encouraged us to maintain an optimistic, growth mindset if ever addressing microaggressions, which can run rampant through conversations and can be difficult to address. Knowing you can help evolve a person’s mindset with one conversation is an encouraging place to start.
Culture Fit?
As the panel discussed how to encourage broader diversity during the hiring process, it was noted that many companies interview for a “culture fit” from candidates. However, Kwame illustrated that this is potentially preventing us from including a broader array of candidates. Instead, he suggested rather than asking “does this person FIT our culture,” we ask “does this person ADD to our culture.” This simple, yet powerful shift in thinking can revitalize a company’s hiring practices and inspire the inclusion of a diverse set of individuals to join a team.
Mind of a Programmer === Mind of an Activist
WECode wrapped up with a final keynote by Jessica McKellar, founder and CTO of Pilot, a bookkeeping service, and director of the Python Software Foundation. She focused on how the mind of a programmer actually encompasses the mind of an activist. Having a system and knowing you can change it stimulates a unique way of approaching ingrained problems. Jessica saw a huge opportunity for change within the United States prison system, and she chose to make a lasting impact by teaching incarcerated people how to code through a program at the San Quentin State Prison, building the skill set and hire-ability of her students for a smoother reentry into society after completing their sentences. She also works to reduce the stigma of existing criminal records by encouraging companies to consider graduates of her program for employment. Jessica actively practices what she preaches by hiring people after their sentences for numerous roles at Pilot.
Changing the System
WECode’s inspirational lineup highlighted new ways to consider systemic issues and provided effective approaches to tackling those problems. Whether the system we want to change is within the application we are building, or a societal system that has room for improvement, we can each use our powerful, dynamic perspectives to drive forward impactful change.

From Horses and Manatees to Coding 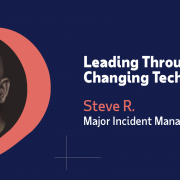 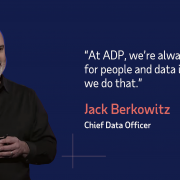 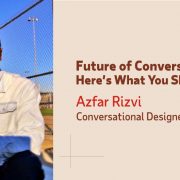 Future of Conversational AI: Here's What You Should Know 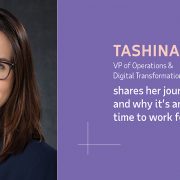 Tashina, VP of Operations & Digital Transformation, shares her journey and why it's an exciting time to work for ADP
From Art to Tech

Our Next-Gen Platform
Scroll to top