It’s difficult to predict how technology could influence businesses months into the future, not that such lack of clarity stops analysts and experts from annually making predictions about the next year. Indeed, the prognostications certainly proliferated as 2020 began. It was a new year and it was time, yet again, to look at how AI, IoT, cybersecurity and a wide range of other technology developments could either boost or derail the modern enterprise.

Yet, even though technology rapidly advances, trying to discern a year in advance could be short-sighted. It’s worth looking even further ahead into the future technology predictions to better prepare organizations for the long-lasting consequences of planning new tech initiatives and managing old ones.

A handful of C-suite executives offered their insights on technology predictions and what might occur in the entire decade, from familiar topics such as the dangers of machine learning and cybercrime to issues not generating as much debate.

The debate over whether technology will replace human labor is as old as the Industrial Revolution. Many IT leaders acknowledge that some developments including AI, robotic process automation and autonomous cars will replace human workers, but several others contend these technologies will create different jobs that will need to be filled by humans.

Vipul Nagrath, global CIO at ADP, is among those who believe there will always be a place for many human laborers. “As there is a shifting of work, you will always need people to write the programs, the algorithms,” he said.

And new ideas can lead to new labor outputs. For instance, “the smartphone has created more industries than it has taken away,” Nagrath said. Even though people now rely on smartphone map applications to get from A to B — diminishing the need for paper maps — GPS-supported maps have created many new business opportunities within digital applications, he said.

Unchecked AI could cause moral problems

Just as the idea of robots taking over human jobs causes consternation, unrestrained AI similarly stirs fear. Human error or bad intent in the programming of machine learning systems has sparked predictions that AI could run amok. Several tech companies have pushed for regulations around AI, with the aim of addressing questions about potential biases and lack of accuracy.

James Carder, CSO and vice president at the security firm LogRhythm Labs, went as far as predicting that manipulated AI could wrongly put people in prison this decade. Despite warnings of human biases in the training of AI, the legal system relies on the technology to handle voluminous casework, leaving the door open to the sort of exploitation that could implicate someone in a crime, according to Carder. “You can trick AI if you inject a bunch of bad data and say, ‘This looks good.’ You can take that data and say it’s trying to achieve X or Y,” he said. But in reality, its results lean toward a predetermined conclusion.

At ADP, employees are already mindful of the dangers of biases and other misuses of AI, Nagrath said. The company favors explainable AI in its payroll technology innovations, a process that allows people to inspect and review the genesis of data to see how the AI-driven results were achieved, according to Nagrath. Such vouchsafing will matter if AI is increasingly determining financial results such as paychecks. Employees will want to know the reasoning behind compensation in a paycheck, compelling ADP and its clients to explain in real time how those figures were calculated, he said.

The EU famously has GDPR, codified standards for how companies that conduct business with EU citizens have to manage and safeguard those customers’ data, but the U.S. does not have such a blanket law. That could change in 2020, when a similar law will at least be considered by Congress, said Anurag Kahol, CTO and co-founder of the cloud security company Bitglass.

A consumer privacy act went into effect in California this year, and the New York legislature is currently considering one. But a comprehensive federal law is “needed to avoid a patchwork of differing data privacy laws from each state, to facilitate more nationwide business and to enable international commerce,” Kahol said. “Facing numerous regulations can be a barrier that keeps foreign businesses from entering a market.”

For several years now, 5G technology has been touted as the next best thing. It is expected to have lower latency than previous cellular technologies, thus improving computing power for technologies on the edge, as well as those connected to IoT and other digital services. But 5G was a technology prediction that is now rolling out slowly, with telecommunications companies building infrastructures slower than the hype estimated. It’s yet unknown just how potent 5G will be, leading companies to hold their breath and not make any big investments for the time being.

Nagrath said ADP’s mobile-first focus will continue, regardless of the speed of the 5G rollout. “We’ll get the capabilities to do things with mobile that we don’t have the capabilities to do today, and that’s true for many players in the industry,” he said. Still, ADP can’t plan around 5G just yet. Innovation will have to continue with the tools being offered today. Nagrath joked that his day-to-day work continues whether he is relying on 5G or a Wi-Fi router.

Cybersecurity will influence mergers and acquisitions

Chris DeRamus, co-founder and CTO at the cybersecurity company DivvyCloud, predicted that companies will be more guarded as they move to acquire other businesses or complete mergers. He pointed to the breach of 339 million customer data records from the hotel chain Starwood, which the company announced shortly after it was acquired by the larger chain Marriott.

“Organizations will place cloud security at the forefront of the [mergers and acquisitions] process,” DeRamus said, adding that they will do so by conducting thorough audits of the cloud infrastructures of the companies they are merging with or acquiring.

There’s promise, but caution, with biometrics and IAM

DeRamus said he believes it’s a sound approach if organizations try to protect assets through identity access management (IAM), but still warned that it’s more difficult to manage than it seems. “In this new decade, security professionals are going to realize that IAM is an area where they can lose control rapidly, and it is very hard to take back,” he said. Whereas IT could previously audit the digital footprints of 1,000 employees connected to mainframe servers, security pros now have to stay on top of thousands of cloud gateways.

“Approaches and strategies from the data center world don’t transfer,” DeRamus said. He recommended establishing strong cloud account structures, “starting with curbing what people have access to.” That means dividing users into groups for specific resources.

Biometric authentication has become a popular access tool, but Carder warned that although it seems airtight today, in the future it could pose an even greater issue than a lost password. “There are going to be some unlucky people whose biometric information is stolen and used for repeated fraud,” he said. “If your credit card details are stolen, you can easily change your account number. But what if [the image] of your face gets stolen? Once that information is compromised, there’s no swapping it out.”

He added that the consequences of hacked biometric data could pose a particularly big problem in healthcare, making tighter security and regulations around access a pressing matter that should be addressed now.

Research will go a long way in the 2020s

Alex Holden, a security expert for the nonprofit tech association ISACA and CISO of the consulting firm Hold Security, pointed to how each decade has had its own tech theme.

“In the 1990s, we were fighting to keep our systems from crashing. In the 2000s, we worked on stability and functionality. In the 2010s, we fought for availability and against breaches. Now, in the 2020s, it is a race against time,” he said.

That race is against cybersecurity threats that are coming more effectively and at a faster pace in industries that are short on security experts but long on cybersecurity products, according to Holden. Facing those kinds of odds, he recommended that organizations do more than rely on security products and the advice of those vendors. “You can’t buy something off the shelf and believe you’re now secure,” he said. “And you don’t want to get threat information only from vendors who have a solution — they’re more than likely to sell something that can fix a problem but not anything beyond that.”

Instead, the 2020s call for self-education and self-awareness on cybersecurity and other tech issues, Holden said. C-suite executives should read daily technology security briefings from trusted technology pundits and immerse themselves in objective research that covers how their industries are handling tech. According to Holden, it’s a high-stakes battle for which there is a military analogy. “If you are a general, you have to get the state of the troops today; it can’t be yesterday,” he said. “Things change fast.”

I'm a start-up founder and angel investor, and here's why you should consider a tech career at ADP 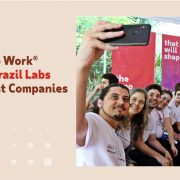 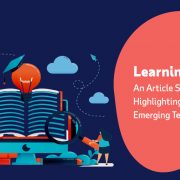 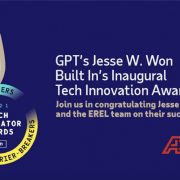 The Technology Helping Companies Embrace The Future of Work

Our Next-Gen Platform
In Support of Working Mothers

Podcast: ADP’s Martha Bird on the Post-Pandemic Dynamics of Work
Scroll to top