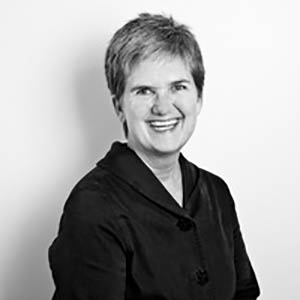 When I started to consider belonging at work, I knew exactly who to call — ADP’s business anthropologist, Martha Bird [MB]. Here’s some of our conversation about why belonging matters and what organizations can do to create and sustain a culture of belonging.

HB: Having a sense of belonging seems so important to how we move through the world and how we relate to our work. What is belonging?

MB: Belonging almost strikes people as poetic. It seems like a feeling, so it can resist the critical lens we need to unpack it.

People think of belonging as a psychological state, but it is actually cultural. It’s the notion of being inside or outside and relates to enacted phenomena like what the cultural norms are around us and how we compare ourselves to those norms.

Everything cultural is nested in other things and is influenced by power, resources, how things have been done in the past, and what the expectations are for the people involved.

HB: What makes a culture of belonging? It seems like belonging is relational. It’s partly how I perceive the circumstances and culture, how people already in that culture see it, and what’s actually going on regardless of our individual perceptions and opinions.

MB: There are so many ways to feel like you don’t belong — socially, economically, intellectually, emotionally. It’s that sense of other. To make sense of it, we can look at othering, break it down, and pick it apart to see what’s happening. We identify the discreet instances where someone feels alienated and read the cultural cues about what is happening. This gives us information about the culture.

There is no universal recipe for what makes a healthy culture. There are many good and right ways to do things.

It partly has to do with a culture’s view of the individual and how the individual should relate to others. In the United States, belonging often evokes family, but we also have strong cultural values in individuality and being recognized and valued as an individual. In other cultures, a sense of harmony is highly valued and working toward common goals is more important than individual achievement.

A culture of belonging fundamentally has to do with common goals and values, respect for each other, and a sense of our shared humanity.

HB: How can we help people feel like they belong at work?

MB: We want workplaces where people feel like they can be themselves, but are also working with others to do the work. It’s less about fitting in and more about complementing. There has to be room for difference. It’s like an orchestra where the manager is the conductor and we have all these different instruments playing different parts in the same piece of music. We don’t want just the violins or the tubas. We need all the different sounds, rhythms and harmonies.

Belonging at work starts with leaders modeling the values and behavior for their teams. Is it comfortable to embody those values? Sometimes that means being vulnerable and asking for help.

I recently gave a big speech to a large group of people in a setting where I felt anxious. Walking up to the stage, I decided to tell the audience that and ask for help. So I explained how I was feeling and asked them to tell me, “It’s okay, Martha!” It was great, so I asked them to do it again. And they did! I felt so much better and they were all on my team at that point, because I was vulnerable and asked them to help me in a way they could.

In cultures of belonging, it’s okay to be honest about what’s going on, even if it’s that you don’t feel included.

HB: What are some specific things that managers or leaders can do to foster belonging at work?

MB: At the organizational level, it’s essential to ensure that the values of the organization exist at every level and in every manager without exception. It’s also important to consider how to structure teams and make sure they can communicate effectively, based on where and how people work.

At the team level, good manager training is key. Managers need skills in working with teams, allowing for different views, and figuring out how to handle disagreements and how decisions get made. When people can weigh in on something, there is a sense of being in it together.

It’s important to see each other as people, not work roles. Connecting in person and outside of work makes a difference. We need to tell and know each other’s stories and create opportunities for sharing. Have lunch, have informal video meetings where everyone gets to tell something about themselves. I was in a meeting recently where we all told the story of our names. I learned a lot and felt like the people who heard my story knew me a little better, too.

We need more awareness and cultural consciousness by design. People are fundamentally creative and want to learn. We all have different experiences and different lives.

Finding commonalities and accepting those differences is the key to belonging.

Designing a Happy Career and Loving Your Work #GHC19 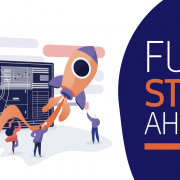 Being a first-time Engineering Leader
Podcast: ADP’s Martha Bird on the Post-Pandemic Dynamics of Work