I’m a start-up founder and angel investor, and here’s why you should consider a tech career at ADP

Voice of Our People, Why ADP, Workmarket

We recently caught up with Jeff Wald, angel investor, and President and Co-Founder of ADP’s WorkMarket.

We asked him why someone should consider a career in technology with ADP. Here’s what he said:

“What may have started life as a payroll company has transformed into one of the leading tech companies of the 21st century.”

When ADP acquired WorkMarket in 2018, a lot of our engineering and product associates were curious about how a ‘payroll company’ such as ADP aligned with WorkMarket, a cutting-edge start-up. It’s a fair (and expected) question, and one we continue to answer with ease as we seek the best and brightest in tech talent to join the ever-growing ADP team.

As part of the onboarding into ADP, WorkMarket associates quickly discovered the scale of ADP’s tech workforce and the market-leading technology the organization builds continuously. The WorkMarket team realized that ADP was the bridge between the cutting-edge nature of a tech start-up and the opportunity to have that technology utilized by hundreds of thousands of companies around the world.  It’s a scale that few companies can even imagine.

What may have started life as a payroll company has transformed into one of the leading tech companies of the 21st century. With a significant emphasis on how to provide a better experience for users utilizing the latest technology, such as machine learning, AI, and conversational UIs, ADP offers its product and engineering associates the excitement and leading-edge environment of a start-up.

At ADP, tech associates get to work for a company that knows security and scale better than anybody. You get to work with a massive team of 9,000 technologists around the world. You get to work with one of the largest business mobile apps in the world. You get to be a part of a team that is moving trillions (yes, trillions) of dollars around the globe.  In fact, ADP has built the largest business app ecosystem, ADP Marketplace, where ADP is the connection point for hundreds of companies to interface with hundreds of thousands of clients.

Our collaborative environment also means your opportunity is limitless. As a technology associate joining ADP, you can widen your purview beyond your specialization, and have the chance to exchange knowledge with the thousands of other technologists at ADP.

And it’s not just about the technology.  It’s not an understatement to say that since WorkMarket joined ADP in 2018, I’ve been blown away by how truly partnership-oriented the people are here. The culture and environment at ADP are incredible! Highly mentorship-oriented, you can learn as much as you are willing to take in. There are always people ready to help you at ADP and opportunities to expand your skills and relationship base. This, combined with ADP’s cutting-edge technology and sheer size, means that if you want to work with a company that has the breadth and scope of opportunities to influence the world, ADP is that place. 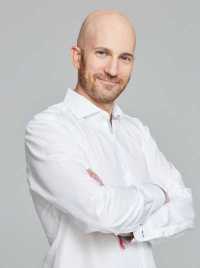 There are only a handful of technology giants that are truly changing the world, and there are only so many companies on earth where the things you build touch tens of millions of people. Where you create something that substantially impacts the way we live.  You know the names of those other tech giants, but you may not have known ADP was one of them. We are just getting started! Join us on this journey.

Jeff Wald is a President and Co-Founder of ADP’s WorkMarket and the author of The End of Jobs: The Rise of On-Demand Workers and Agile Corporations. He is based in New York City.

Time clocks in the age of COVID-19: How ADP developed a (mostly) touchless solution...

AI and Data Ethics: 5 Principles to Consider
Scroll to top