Recognition, Voice of Our People, Engineering

Q&A on his Career Journey, Being the recipient for one of ADP’s most prestigious awards, and a few things you might not know (+ a Surprise Video) 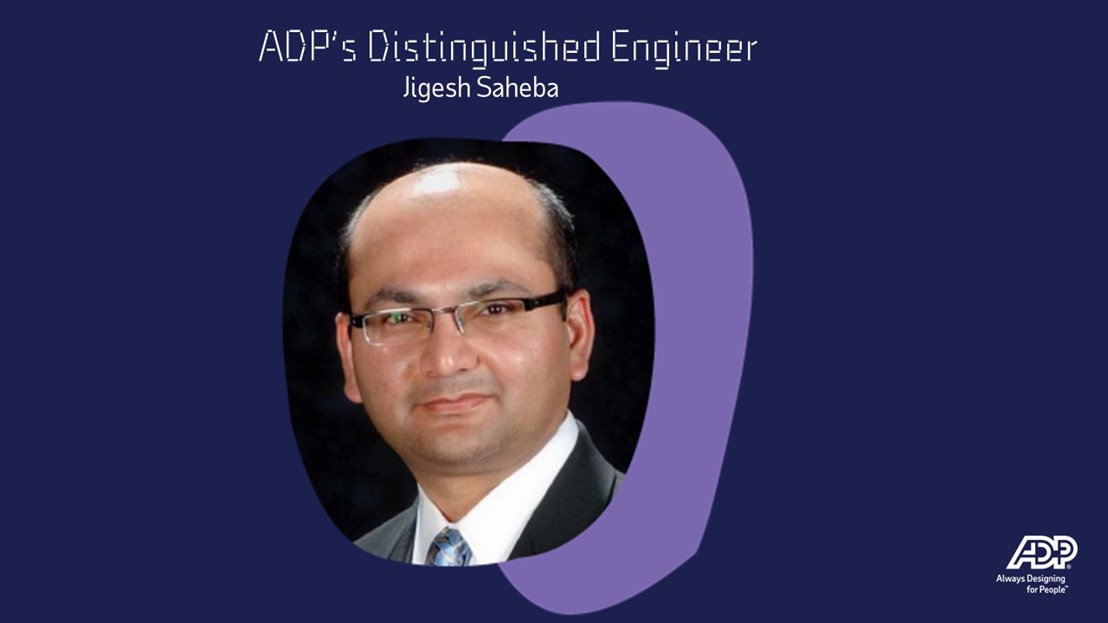 With that mindset on innovation, it’s easy to see why ADP named Jigesh Saheba as their first Distinguished Engineer.

This new honor recognizes leaders and individual contributors who are at the forefront of ADP’s transformation into a global technology leader. To be recognized as a Distinguished Engineer, one has to have achieved noteworthy professional technical accomplishments in an engineering role. Also, that individual must have created and fostered technical career paths for technologists that allow them to master their craft, innovate, and generates groundbreaking solutions that can transform the future of work.

We caught up with Jigesh shortly after being named the ADP Distinguished Engineer to learn about the start of ADP’s Marketplace and asked a few questions about his journey. Here’s what he shared: 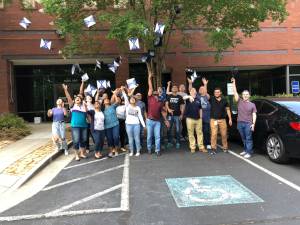 When did you start working at ADP?

I joined ADP in 2002 with the acquisition of AtWork Technologies, a benefits administration startup in Atlanta, GA.

I started at ADP as the Director of Application Development for Benefits eXpert system and later promoted to Senior Director role. In 2006, I briefly joined the Enterprise Architecture team and was soon assigned the CTO role for ADP Pre-Employment Services. There I played an essential role in the acquisition, assimilation, and growth of multiple products. I rejoined Enterprise Architecture in 2010 and started working on the mobile platform. Later that year, I joined the Roseland Innovations Lab, which delivered several groundbreaking technologies, including ADP Mobile Solutions, event-driven APIs, and semantic search. I received a promotion to Chief Architect in 2013. In the same year, I started working on building an integrated HCM ecosystem around ADP, which was the birth of ADP Marketplace. In 2015, I became the VP of Product Development for ADP Marketplace.

You are basically the cornerstone of ADP Marketplace. How were you able to develop such an integral part of the solutions we offer our clients?

For ADP Mobile Solutions, ADP systems exposed their data and services via hundreds of Web APIs.  I started thinking about how Web APIs can expand the reach of ADP to new channels such as third-party applications, partner networks, and integrated solutions.  I believed ADP could position itself in the center of a vibrant HCM ecosystem and drive higher customer engagement. I envisioned a business model expansion and new markets. I theorized that the app stores and marketplaces, a familiar notion of consumer-mobile ecosystems, could become essential tools for enterprise application innovation, discovery, and distribution.  I created a presentation to convey the concept and gained senior management approval.

We incubated the idea in the Lab and demonstrated the working platform in the summer of 2014, and then we started working with a handful of partners to prove out the model and platform. We received industry acknowledgment when ADP won two prestigious awards at the HRTech Conference in 2015. Don showcasing the award-winning ADP Marketplace is one of the proudest and most satisfying moments of my professional career. 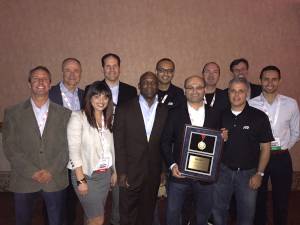 How did you learn you were going to be named ADP’s first Distinguished Engineer, and how did you feel when you were told?

I heard about the Distinguished Engineer role and my nomination from Rich Guinness, SVP of Product Development, Shared Services. I shed tears of joy when the announcement came and was so fortunate that I could share that moment with my family in person.  I am incredibly honored and grateful for the role and very thankful to GPT leadership for enabling an environment where innovation and quality engineering thrive.

What excites you most about the opportunity to be a Distinguished Engineer at ADP?

I am very honored and grateful for the recognition.  I hope I set an example of the role.  I am excited about the voice it offers, and I hope to amplify the voice of all technologists at ADP.

What’s a day in the life like for you and your team?

I am very fortunate to be working with some of the most talented people I know. We enjoy collaboration, and one often hears spirited discussions at “the wall,” an open collaboration space with a whiteboard wall at our Lakeview home. We are known for clapping a lot, which promotes camaraderie. The best days are when I work with the team to drive product decisions, design solutions, participate in reviews and demonstrations, and even troubleshoot issues.

What advice do you have for associates who may have ideas that they want to share?

What do you believe is the best reason to work at ADP?

What’s the last book you read?

Something Deeply Hidden by Sean Carroll

What is your favorite TV or streaming show?

GOT (Game of Thrones)!

What is your favorite ADP value?

If you could only eat one food for the rest of your life, what would it be?

Ice cream. Yes, really! (Those who know me would agree)

What is something that would surprise people about you?

I started my career at Johnson Space Center in Houston, Texas, working on navigation software for the Space Shuttle.

Are you a cat person or a dog person?

Congratulations, Jigesh, on this amazing accomplishment. We’re excited to see what’s yet to come!

Nice to meet you, virtually speaking through your R.E.S.U.M.E.

Time clocks in the age of COVID-19: How ADP developed a (mostly) touchless solution...
Scroll to top