Working Mother magazine recognized ADP for the fourth time as one of the 2020 100 Best Companies for its leading commitment to creating inclusive benefits that support working families. This year’s list applauds companies for supporting families in the face of a changing world of work through programs from gender-neutral parental leave to accessible, affordable childcare.

Working Mother magazine recognized ADP for the fourth time as one of the 2020 100 Best Companies for its leading commitment to creating inclusive benefits that support working families. This year’s list applauds companies for supporting families in the face of a changing world of work through programs from gender-neutral parental leave to accessible, affordable childcare.

“Our 100 Best Companies are the standard of excellence and continue to pave the way with the work they are doing on behalf of working parents and caregivers in the US,” says Subha Barry, president of Working Mother Media. “These companies were well ahead of the curve when it came to supporting their employees during this time of profound change with their family-friendly policies already in place. We celebrate their efforts and applaud them for addressing the needs of this important and ever-growing sector of talent.”

The 2020 Working Mother 100 Best Companies list evaluates companies on key considerations including leave policies, workforce representation, benefits, childcare, advancement programs, flexibility, and more, surveying the availability and usage of these programs, as well as the accountability of the managers who oversee them.

At Urvashi Tyagi’s first job after college, there were no other women in the company. None. ADP’s Chief Technology Officer knows first-hand how challenging the path can be for a woman in STEM.

Urvashi Tyagi grew up in India. She and her three sisters are all engineers; her oldest sister paved the way. When her sister told the family she wanted to become an engineer, Urvashi’s parents, aunts and uncles were worried no one would want to marry a woman engineer. And besides, it wasn’t even a good career choice with barely any job opportunities for female engineers. After an extended family meeting resulted in an unfavorable outcome, her parents had a change of heart and let Urvashi’s oldest sister join the engineering program. When it was Urvashi’s turn, no one questioned the decision. (And she and her sisters are all happily married and enjoying their professions.)

While both technology and culture had changed a lot, there were still many challenges for women engineers. When Urvashi was a college undergrad, she was one of only four women in a class of 90 engineering students.

As she was graduating, most companies were not interested in recruiting women. So, she didn’t get a job from campus interviews. But Urvashi noticed an ad in the newspaper at a company that developed machine tools and wanted to hire college grads with design and computer numerical control programming experience. She was invited to interview and was delighted to get the job.

Show up, keep learning, and often it works out better than you could have imagined.

When she showed up on her first day, there were no other women in the company. There had never been a women’s bathroom. “Someone printed out a sign that said, ‘Women Only’ and taped it to one of the bathrooms for me,” She says. Grateful, Urvashi overlooked the fact her bathroom was in a different building than where she worked. “I had to figure out how to co-exist on the shop floor and focus on the work. Most of the time it was good. I learned a lot about solving complex engineering problems.” 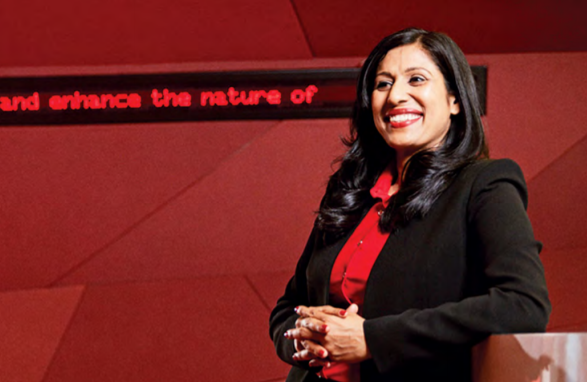 Later, she found out the hiring manager never had the permission to hire her. He sent the offer letter because she was one of the top two candidates selected based on test scores and interviews. His boss was not entirely pleased. “I got the job because of one individual who did not see things in a stereotypical way and was focused on finding the right person for the role.”

While working full time, Urvashi went back to school to earn her MBA. From there, she decided to teach operations management and information systems. As an academic associate for a couple years at the premier Indian Institute of Management Ahmedabad, she had the opportunity to work and connect with top professors all over the world. But she realized she enjoyed solving problems more than being in a classroom. One of her colleagues encouraged her to apply to a master’s of science program at Worcester Polytechnic Institute, in Worcester, MA. Urvashi wasn’t sure she wanted more school or how she was going to pay for it, but she looked up the program. The customizable curriculum and the focus on applied learning swayed her. She learned that the deadline to apply had already passed, but after speaking with a professor at the school, she submitted her application and was admitted.

Her family didn’t want her so far away. Once again, her older sister supported her and encouraged her family to let her go. Urvashi’s sister was also moving to the United States with her husband and promised to keep an eye on Urvashi. Her parents scraped together the money to purchase their first-ever airplane ticket and a couple months of living expenses. She arrived in Massachusetts with two bags, one full of snacks.

Since graduating from WPI in 2001, Urvashi has worked for many of the big names in technology, including IBM, Microsoft, and Amazon. She’s led global engineering teams doing product strategy, architecture, and development. When you download an audiobook or send an Outlook email, know that Urvashi was involved with the engineering and teams that made that possible. 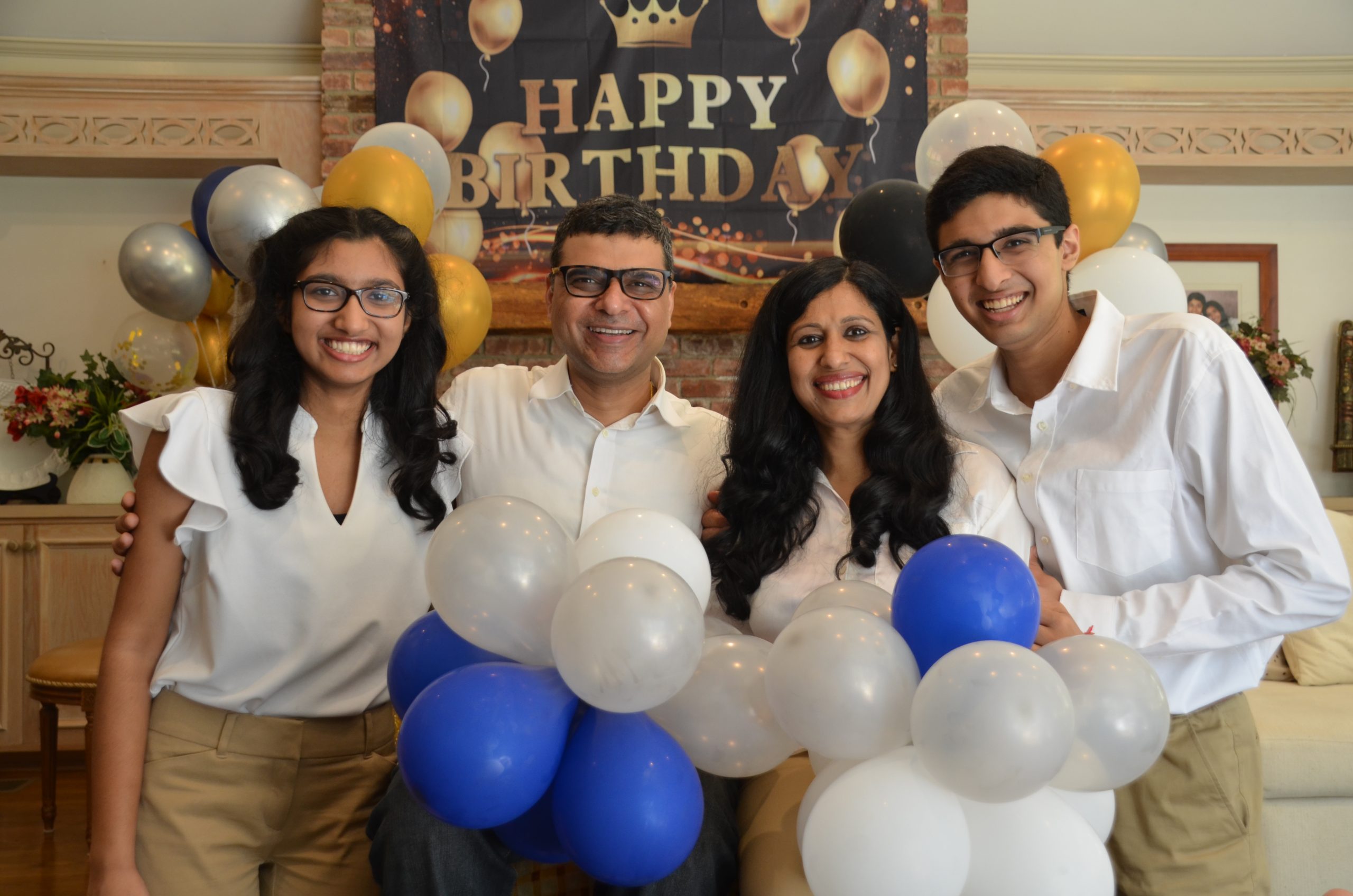 Today, she is ADP’s Chief Technology Officer, taking on that role in 2019. “I had no idea that I would be a CTO three years ago,” she says. “I didn’t plan it. I try to live in the moment and put all my energy into what I am doing and the problems I am working to solve. That drives the next things that happen.”

Urvashi’s approach is to make sure she is always learning and delivering in her role. “While the foundations of engineering and technology may not change that often, the applications are evolving constantly,” she says. “The only way to keep up is to be a lifelong student.”

It’s also essential to understand your own value to the organization. “Always know how the work you do will impact the company’s bottom line and how your work is adding value and taking the company forward.”

This can be challenging for women of color who often experience more scrutiny of their work, more criticism, and less credit for their accomplishments. “The one area where I have experienced unconscious bias is with criticism,” Urvashi says. “I have to listen carefully and know when the feedback is genuine and when it is more about the person giving the feedback. When I understand that, I can embrace the situation and not take it personally.”

Urvashi’s best advice is to live in the moment. “Things don’t have to be planned or the way you think they should be. Show up, keep learning, and often it works out better than you could have imagined.”

Explore the stories of these and other ADP Women in STEM, and learn about careers at ADP.

One way ADP encourages diversity and inclusion (D&I) among its associates is through business resource groups (BRGs). ADP’s iWIN BRG is the company’s largest with 5000+ members (male and female) from 19 countries across the business. Learn how iWIN engages, equips and empowers its members to achieve personal and professional success through networking, professional development, and other educational opportunities.

In support of working mothers

Women make up more than 50 percent of our workforce at ADP.

Our commitment provides an environment that empowers working mothers to advance and succeed through mentoring, networking opportunities, workplace flexibility, and an inclusive culture.

ADP is proud to have been named to the “Working Mother 100 Best Companies” list numerous times. We recognize the challenges families face in managing work life balance and value our associates’ priorities.